My mother had a family history of mental illness and my brother, Eric, died from mental illness. Half a year after his death, Aunt Nancy died too. She and my brother died the same way: they were both found in a garage after overdosing on alcohol. Although aunty Nancy was a heavy drinker, she was never diagnosed with mental illness.

Aunt Allen committed suicide by driving off a pier at an insane speed. She had suffered through a mental illness. In the 1950s, my aunt Mary was inflicted with maniac depression, which later took her life.

Thirty-two years ago, I began struggling with alcoholism and bipolar disorder. I have been hospitalized many times for 6 to 8 weeks at a time. It all began in high school, where I hung out with the cool crowd. We were into competitive hockey and we loved drinking a lot of beer.

I failed my university courses in the first year, so I dropped out and became a salesman. Unfortunately, 2 years later, I experienced a manic episode – my first. I was psychotic, consumed a lot of alcohol and came to work late.

My family intervened and took me to a hospital, where I was diagnosed with bipolar 1. My psychiatrist informed me that I had to quit alcohol. I refused and eventually lost my job and many important relationships.

One day, my parents decided they had had enough. I was given an ultimatum – to either get help immediately or be abandoned. My lifestyle was scaring them terribly. This is where I began meeting with a support group, Alcoholics Anonymous, and I spent one month at a treatment facility. This changed my life.

Today, I see my psychiatrist regularly. He guides me when I face my episodes of mania and depression. I also take medications daily – antidepressants, antipsychotics and mood stabilizers. I have stopped drinking completely and love doing meditation as it helps calm my thoughts down.

My family has been a crucial part of my recovery. They encourage and support me, and even helped me to find my amazing psychiatrist. 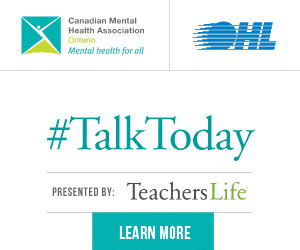